Me, invest in bonds?

Me, invest in bonds?

After a year like 2019, when stock returns are in the double digits, it’s not surprising to hear things like, “why would I ever want to invest in bonds?” Even absent 2019’s return, the long-term returns for large-company stocks far exceed those of bonds. According to Dimensional Fund Advisors, since 1926, the Standard & Poor’s 500 index has returned 10.20% per year, while its Long-term Corporate Bond Index has returned 6.12%.

Well, let’s play a version of Password, where I say a word and you try to guess the other word I’m thinking of. 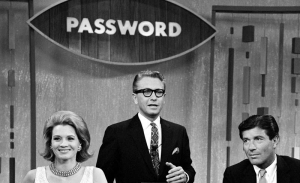 [This is where you say “risk.”] Exactly! Here’s a look at a something called drawdown, a measure of risk, which measures the drop from peak to trough (and back. 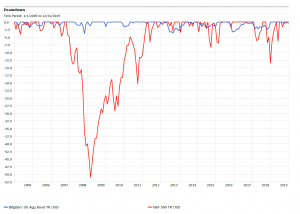 The red line is the Standard & Poor’s 500, the index of large-company stocks, the one that returned 31.5% in 2019. From its late 2007 peak, it lost more than 50%, and one had to wait until 2011 to recoup the loss. Not devastating if you’re relatively young; historically, losses in stocks have been recouped over time. If this happens early in your retirement, though, it could be, “do you want fries with that?” Bonds are shown in the same chart in blue, and they’re represented by the Bloomberg Barclays Aggregate Index, which had a sharp drop on the heels of the Lehman Brothers bankruptcy in 2008.

None of this is intended to suggest any sort of decline in stocks is in the offing or is something we’re forecasting. We don’t do forecasts. Rather, take this piece as a reminder of why you invest in bonds or should consider investing in bonds as part of a well thought out strategic asset allocation.

The opinions voiced in this material are for general information only and are not intended to provide specific advice or recommendations for any individual [shocker]. All performance referenced is historical and is no guarantee of future results. All indices are unmanaged and may not be invested in directly.

No strategy, including asset allocation, can ensure success or protect against loss.