When the market just continues to go nowhere or–worse–down, I think of a ‘90s employer of mine where the motto seemed to be, “the beatings will not stop until the morale improves.”

You’re excused for wondering if you should just give up on this whole investment thing. There’s evidence of others doing that or the equivalent. Recently, participants in the options markets purchased twice as many contracts to protect against losses compared to contracts that would benefit from the market going up. In the history of this indicator (~1997), this has never happened before. 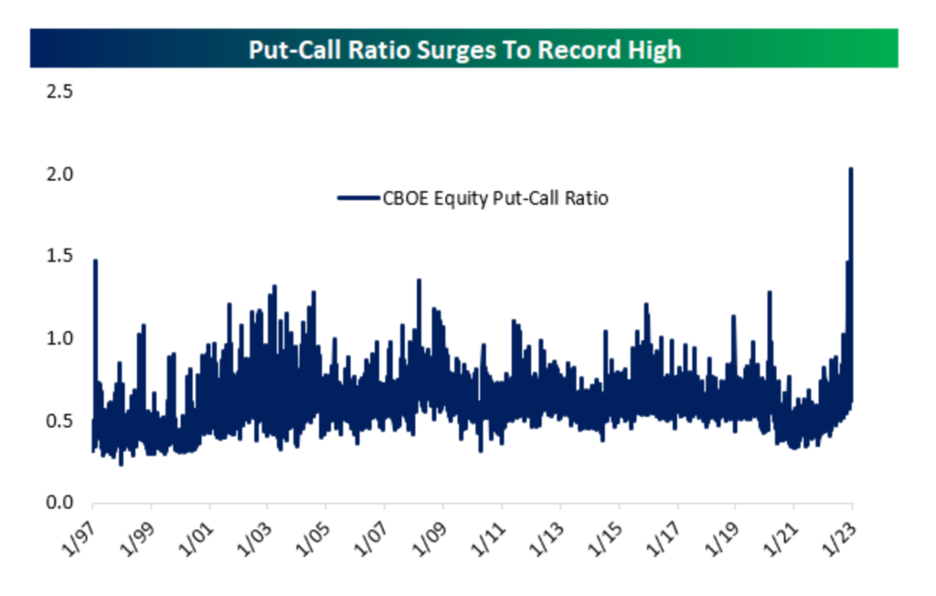 We consider this a contrary indicator, sort of like everyone getting on the same side of the boat; it usually doesn’t work out for those folks. In his 1841 book, Extraordinary Popular Delusions and the Madness of Crowds, Charles Mackay said, “Men, it has been well said, think in herds; it will be seen that they go mad in herds, while they only recover their senses slowly, one by one.” This would suggest the market is due for a bounce.

Still, whether that bounce is a permanent one or just the sort a cat makes when it gets dropped, you may be thinking about sitting on the sidelines for a while.

A common sentiment we hear is some version of I’ll get out and wait until things look better. If this is your line, be forewarned that it will guts of steel since the news will–almost by definition–look worse at lower prices and only look better at higher prices.

That’s a good recipe for this outcome… 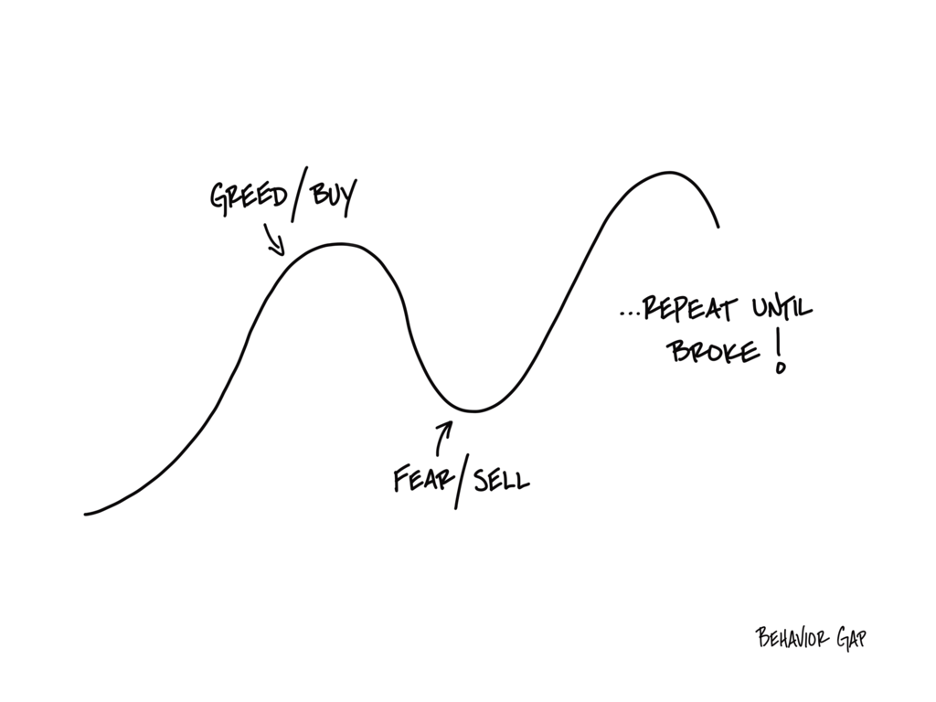 What’s more, big market moves tend to happen over very short periods of time. Miss a couple of those, and you may need to delay retirement. The chart below shows that if you missed the five best days of the last 25 years, your $1,000 investment would only have grown to $2,295 instead of the $3,631 you would have had by staying invested. 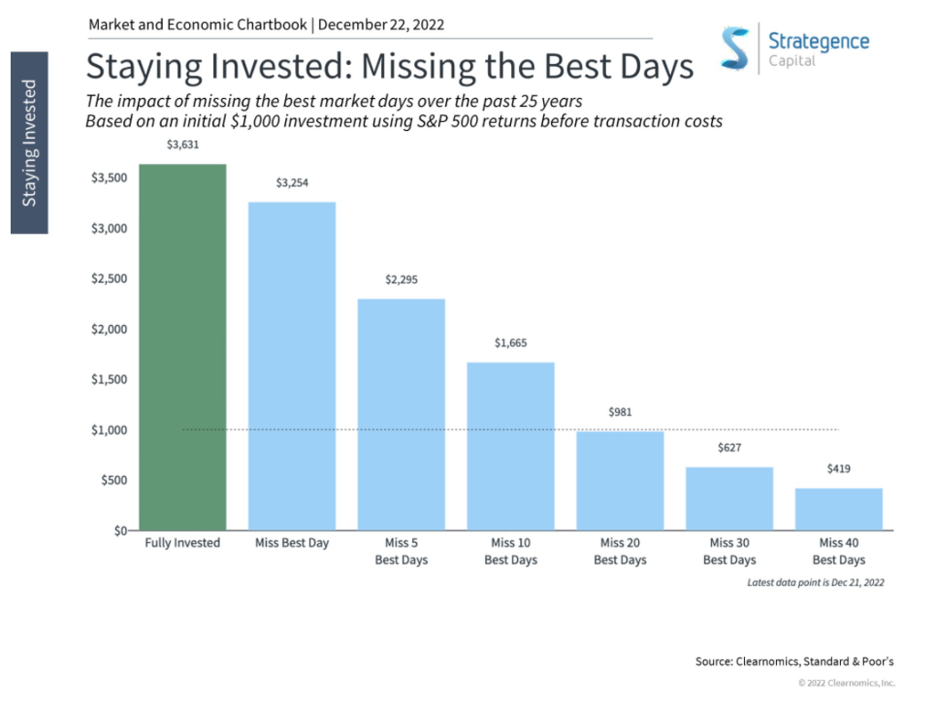 Our advice remains the same, so long as your investment mix is appropriate for your circumstances, we recommend sitting tight. If you have additional funds, now may be the time to nibble on more investments, since they’re on sale.