Just one month ago, there were few Google searches on the term “yield curve.” Now, they’ve skyrocketed, as one can see in the chart below.

A yield curve is a graphical representation of yields available for various maturities. Shown below is the U.S. Treasury yield curve (source: https://www.bloomberg.com/markets/rates-bonds/government-bonds/us), but a yield curve is also available for your local bank’s CD rates—anywhere one can graph the relationship of yield to maturity. 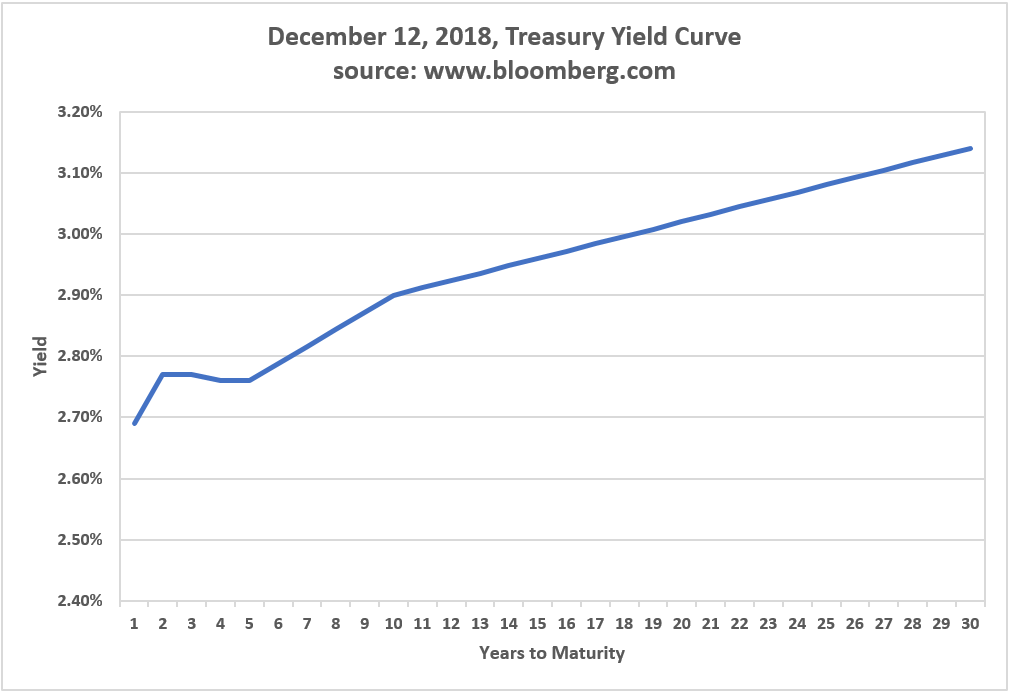 What does it mean when a yield curve is inverted?

Now, why does this phenomenon strike fear in stock markets?

Simple, because an inverted yield curve has preceded the last seven recessions. As a timing indicator, however, the inverted yield curve is a pretty blunt instrument, as it may indicate a recession is more than two years away. It shouldn’t surprise you that a recession is coming. A recession has been coming since the recovery started in 2009. Also, as you probably know, the most expensive words for investors are this time it is different. Sometimes it is true and this time could be different (though I’m not saying it is).

If you’re nervous about your investments, take a look at this LinkedIn post that has some suggestions for possible actions you can take.

Content in this material is for general information only and not intended to provide specific advice or recommendations for any individual. Historical performance is no guarantee of future results. The economic forecasts set forth in this material may not develop as predicted.