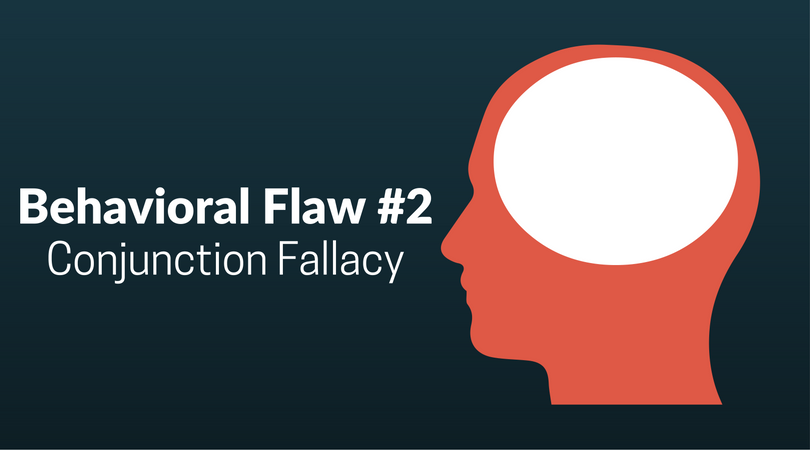 One of the foundations of classical economics is that all participants in it are rational, or as put in an earlier era, all are rational men, homo economicus. One doesn’t have to consider for long that we are not absolutely rational. For just one example, we are risk averse; if one loses $100, one feels more pain than one feels pleasure upon finding $100.

I believe that in the matter of investments and financial markets it is especially important that we be rational and not subject to the whims of our emotions, which tend to overwhelm our rationality.

In his book, Thinking, Fast and Slow, Nobel-prize winning author, Daniel Kahneman (biography here), explores what he calls the “Conjunction Fallacy,” and we shall consider it here. In the book’s section on Heuristics and Biases he presents the conjunction fallacy in the form of the Linda experiment, which he says is “the best known and most controversial” of his experiments.” Linda was described in the early ‘80s as follows:

Linda is thirty-one years old, single, outspoken, and very bright. She majored in philosophy. As a student, she was deeply concerned with issues of discrimination and social justice, and also participated in antinuclear demonstrations.

Which do you think is more probable? In one version of the experiment, administered to the “doctoral students in the decision-science program of the Stanford Graduate School of Business,” fully 85% of the respondents answered incorrectly.

It is more probable that Linda is a bank teller than that she is a feminist bank teller. Think about it, the second category is a subset of the first, as shown in both of the diagrams below.  Any time we add conditions, such as Linda owns two or more cats, the likelihood goes down.